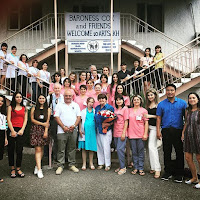 My Lords, is the Minister aware that legal experts, such as Geoffrey Robertson QC, argue that Azerbaijan’s repeated claims to sovereignty over Karabakh can be refuted? It has always been predominantly occupied by ethnic Armenians. A referendum was held in 1992 with an overwhelming vote for independence, and Azerbaijan’s previous attempt at ethnic cleansing justifies Nagorno-Karabakh’s claim for self-determination under the UN charter. Azerbaijan’s continuing attempt now at ethnic cleansing involves violations of international law, including targeting civilians with tanks, helicopters, heavy artillery, multiple-launch rocket systems, including Smerch, and cluster bombs. What are Her Majesty’s Government doing to more actively promote an urgent ceasefire?

My Lords, I pay tribute to the noble Baroness’s work in this area; I know that her charity HART does a lot of work in Nagorno-Karabakh. We are taking an active role in this as best we can. We are working with a number of our like-minded partners within the OSCE, as I mentioned, and we are working within the UN Security Council and NATO to try to bring about a de-escalation. On sovereignty, the UK supports the sovereignty, territorial integrity and independence of Azerbaijan, while underlining the importance of the UN and OSCE principles. We support the OSCE Minsk Group process and the basic principles that sit beneath it, including a return of the occupied territories and the acceptance of the free expression of will on the status of Nagorno-Karabakh.

Have included here also a reply from Lord Alton -

My Lords, notwithstanding what the noble Baroness has just said about lessons from the past, has she considered, as I was asked to do while visiting Nagorno-Karabakh, how the indigenous, overwhelmingly Armenian community see this violence as an extension of the Armenian genocide, which claimed 1.5 million lives with international indifference leading to Hitler’s infamous remark, “Who now remembers the Armenians?” In the light of the current attacks on civilians, will we be joining Canada in suspending arms export permits to Turkey? Will we press, as my noble friend Lady Cox called for, for the prosecution of those responsible for war crimes and crimes against humanity in Karabakh?

Please click on the links to go to the original Hansard source.