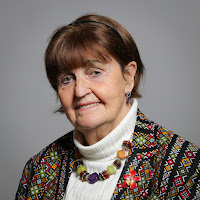 Baroness Cox to ask Her Majesty's Government, further to the National Crime Agency's seizure of millions of pounds derived from the Azerbaijan laundromat on 31 January, what steps they intend to take, if any, against complicit shell companies registered in the UK. Asked 3 February 2022

Recognising the operational independence of law enforcement, the Home Office cannot comment on any ongoing cases.

The Government is committed to reforming the role of Companies House and improving transparency over UK companies and property, to strengthen our business environment and combat economic crime.

We announced our plans to reform Companies House in September 2020 and in 2021, we consulted on more detailed aspects of the reforms, and we will respond soon. The Government’s plans will deliver significant improvements to the integrity of the UK’s register of companies and assist greatly in the fight against economic crime. These reforms will include the identity verification of directors, People with Significant Control and those filing on behalf of a company, and new powers for the registrar to query and check information.

We are also continuing to finalise the draft Registration of Overseas Entities legislation, which underwent pre-legislative scrutiny in 2019, to align with the broader reform of Companies House and our plans to verify the data it holds. We are amending this draft legislation in line with the committee’s recommendations.

We will introduce legislation to implement the Register of Overseas Entities and the broader reforms of Companies House when parliamentary time allows.