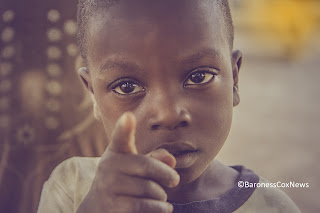 To ask Her Majesty's Government what assessment they have made of the statement by the Nigerian House of Representatives on 4 July 2018 declaring killings in predominantly Christian villages in Plateau State to be a genocide and calling on the federal government of Nigeria to establish orphanages in areas affected by violence. (Asked 19 October 2020)
Answered 2 November 2020 By Baroness Sugg (Conservative, Life peer

The UK Government condemns all incidents of intercommunal violence in Nigeria. We have made clear to the Nigerian authorities at the highest levels the importance of protecting civilians, including ethnic and religious minorities, and human rights for all. We do not assess religious identity to be the principal driver of most incidents of intercommunal violence. The root causes are more complex and relate frequently to competition for resources and failures of governance.

We are aware of the advisory resolution passed by the Nigerian House of Representatives in July 2018. It is UK Government policy not to unilaterally determine whether genocide has occurred, in line with the Genocide Convention. This is a matter for competent courts and tribunals, including the International Criminal Court, after consideration of all the evidence, rather than governments or non-judicial bodies. We encourage additional measures by the Nigerian Government to protect children affected by conflict across the country.
Original source: UIN HL9272