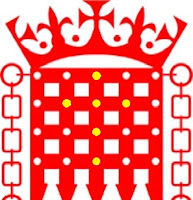 Whilst Caroline is away and before she goes, shoe often ensures that written questions to the Government on important issues are provided. This is a recent question on Christianity and Asylum. It is a good example of the advocacy impact of Baroness Cox. *

Asylum: Christianity:Written question - HL14728
To ask Her Majesty's Government what assessment they have made of reports that the Home Office refused asylum applications because of (1) quotations used by applicants from the Bible which “are inconsistent with your [the applicant’s] claim that you converted to Christianity after discovering it is a ‘peaceful’ religion...”; and (2) a candidate “affirmed in your Asylum Interview Record that Jesus is your saviour, but then claimed He would not be able to save you from the Iranian regime. It is therefore considered that you have no conviction in your faith and your belief in Jesus is half-hearted”.


Answered by: Baroness Williams of Trafford Answered on: 04 April 2019

We are urgently investigating reports which indicate that some asylum decisions were not drafted in accordance with our policy.

Published Home Office policy guidance contains detailed instructions on how asylum decision makers are expected to approach religious based claims. Our policy makes clear that when assessing such claims, decision makers are expected to ask appropriate and sensitive questions based on an understanding of religious concepts, philosophical viewpoints and forms of persecution a person may suffer due to their religion, belief or lack of belief.

Where credibility of a conversion to a faith needs to be established, an interview should be far more an exploration of a claimant’s personal experiences and journey to their new faith, both in their country and in the UK, rather than a test of religious facts.

The Home Office have worked closely with the All-Party Parliamentary Group (APPG) for International Freedom of Religion or Belief and the Asy-lum Advocacy Group (AAG) for many years, to help improve their approach to religious based claims and have recently worked with them to develop and produce a specialist training package.

The aim of this course is to ensure that where religion or belief is raised in an asylum claim, asylum decision makers appropriately consider all the available evidence in accordance International, European & Domestic law and Home Office Asylum Policy, when interviewing asylum applicants and making decisions on their claims.

The course will be rolled out to Asylum Senior Caseworkers and Technical Specialists in April 2019 and all asylum Decision Makers over the course of the subsequent three months.

If you are looking for more information on Caroline's work at the House of Lords then you can do so at this link. (* Comments by Andrew Haigh)