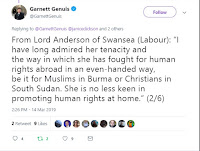 Caroline had a great visit to Canada, I can not help being moved by the very supportive comments about her trip. Particularity moved by the very kind words of encouragement from a great future leader in transformation Garnett Genuis who is Member of Parliament for the Alberta riding of Sherwood Park-Fort Saskatchewan and the Deputy Shadow Minister of Foreign Affairs in the Official Opposition. He previously served as Deputy Critic of Human Rights and Religious Freedom.

Since his election in 2015, Garnett has developed a reputation as one of the most outspoken Members of Parliament. According to rankings developed by Maclean’s, he spoke over 100,000 words in the Chamber in his first year alone which is more than all three major party leaders combined. Speaking on foreign affairs in university classrooms in India, at rallies on Parliament Hill, and everywhere in between, Garnett has proven he is just as vocal outside the Chamber as inside.

Also moved by the many other kind comments including Caroline's dear friend and supporter Father Edward Lewis from the UK. I had the privilege on Wednesday night to be able to sit in on a closed meeting in the House of Lords and witnessed prominent members of the House of Lords coming into the meeting during one of the most historic days of the house just to talk about the huge support lady Cox has in both houses of Parliament which was lovely to see. Here below is a selection of the many supportive tweets on Twitter over the past 24 hours.
On the trip Caroline had some really good meetings whilst she was there as she fights for the oppressed and the right for religious freedom. Below are some comments and a link to a very good article about the trip.
Written by Andrew Haigh. 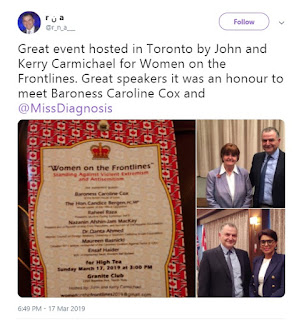 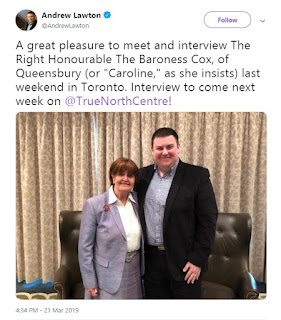 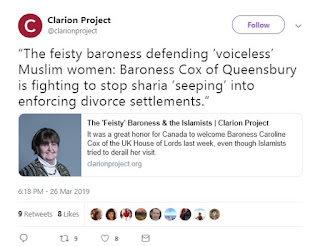 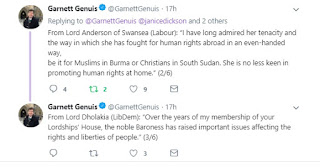 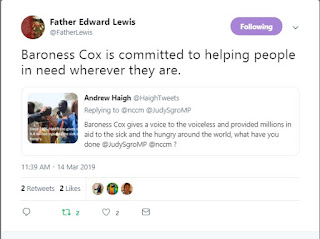