Baroness Cox Question for Ministry of Justice: Marriage and Religion 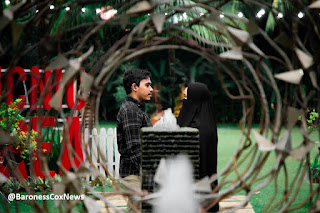 Baroness Cox Question for Ministry of Justice: Marriage and Religion

To ask Her Majesty's Government, further to their Integrated Communities Strategy Green Paper, published on 14 March 2018, what progress they have made on exploring "the legal and practical challenges of limited reform relating to the law on marriage and religious weddings".
Asked 20 April 2021

Answered 28 April 2021 By Lord Wolfson of Tredegar (Conservative, Life peer)
As the Government has made clear, this is a difficult issue which requires careful consideration. The Law Commission is separately looking at aspects of the problem through their review of the law governing legal marriage ceremonies. The Law Commission has now consulted with a wide range of groups with an interest and is considering the responses received. The Government looks forward to receiving the Law Commission’s final report and recommendations later this year and will give them careful consideration.

The Government is aware that a separate Nuffield Foundation study, launched in September 2020 and due to report later this year, is investigating why marriage ceremonies occur outside of the legal framework for weddings in England and Wales. The Government will also wish to consider its findings.

Any proposals affecting how religious groups are permitted to conduct marriages must be thoroughly assessed for their fairness.