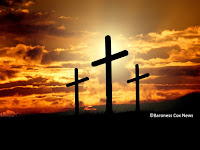 Baroness Cox asked Her Majesty's Government on 19th October 2020, what representations they have made to the government of Nigeria to encourage the investigation of the number of Christians killed in that country since 2001.
Answered 2 November 2020 by Baroness Sugg (Conservative, Life peer)
The Government condemns all violence against civilians in Nigeria, irrespective of their religion. Boko Haram and Islamic State West Africa (ISWA) seek to undermine the Nigerian constitutional right to freedom of religion or belief by deliberately attacking both Christian and Muslim communities and religious leaders. We assess that the majority of Boko Haram and ISWA's victims have been Muslim. Intercommunal violence across multiple states in Nigeria is having a devastating impact on communities of all faiths.

We have made clear to the Nigerian authorities at the highest levels the importance of protecting all civilians, including ethnic and religious minorities, and human rights for all. The Minister for Africa discussed the impact of violence in Nigeria with President Buhari's Chief of Staff in June. We will continue to engage with the federal and state authorities to stress the importance of transparent investigations that respect human rights and the rule of law.
Original source UIN HL9271