This is a great radio interview recorded Thursday, August 16th, 2018 and copy kindly sent to Caroline whilst she was on her travels in Australia by Dr. Joseph Dsouza . This interview conducted by Vision Christian Radio  is one of the best ones I have come across for some time and I would encourage you to listen to it via the links provided. (Andrew Haigh)

“It was quite a shock.”
Baroness Caroline Cox is CEO and Founder of the Humanitarian Aid Relief Trust and a long time fighter for the freedoms of Western society now under threat.

We have to keep a constant watch to protect our political, cultural, and spiritual heritage.

To be more precise, Caroline’s official title is The Right Honourable Baroness Cox of Queensbury, who’s a Life Peer in Britain’s House of Lords.

For now, she’s sitting on the cross benches but for ten years she was a Deputy Speaker dating back to the Margaret Thatcher era.

Baroness Caroline is a regular visitor to the nations where the work of her Humanitarian Aid Relief Trust, HART, is actively involved.

Nations such as Syria, Sudan, South Sudan, Nigeria, Armenia, and in East Timor.

The Baroness by astonishment

The purpose for her regular visits to these nations is to gather first-hand evidence of their situations where she uses her title and position as a conduit to the UK Government.

She’s also a fearless advocate for women. This had led to her introducing a private members bill in the House of Lords to protect women living in Britain from the severity of Sharia Law decisions.

Caroline, as she prefers to be called, likes to refer to herself firstly as a nurse, then a social scientist by intention, then a Baroness by astonishment.

“To become a Baroness and to be appointed to the House of Lords is the equivalent to Canberra’s Senate,”

Caroline had no intention of entering politics but the Lord had other ideas.

‘How do You want me to use the privilege?’ 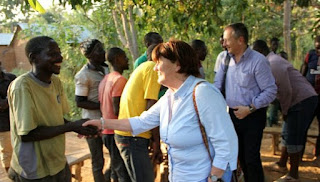 “I was the first Baroness I’d ever met. It was quite a shock. Waking up in the morning and looking at yourself in the bathroom mirror.”

Caroline thought this to be an appropriate occasion to ask of God what exactly did He want her to do with the title.


I said to the Lord, ‘How do You want me to use the privilege of being in the House of Lords?
“And the message came to me very clearly, ‘It’s a wonderful place to be a voice for people who don’t have a voice, or people whose voices are not heard.”

Caroline understands this is her role in the House of Lords whereas it’s her other purpose that brought her to Australia.

“I’m happy to say we have an Australia branch of HART, Dr Martin Panter is one of the founders of HART Australasia.”

“With HART we try to be with people who are largely off the radar screen of major aid organisations.”

For Caroline this means some of her activities are approved while others are not.

“I spend some of my time crossing borders legally and quite shamelessly to reach the unhelped and the unreached.”

She said many are in war zones or post-conflict zones with great need.

We try to provide aid to our local partners who are the real heroes and heroines. They multiply amazingly and to be a voice for them.

Included in HART’s global worldview Caroline did not want the plight of Britain’s Muslim women to be overlooked.

“It’s these Muslim women who are really suffering under the rulings of Sharia law and I’m happy to be their voice.”

To make sure that law is good law.

Where the House of Lords fits into the equation, Caroline believes it’s important in a democracy that people understand the part this unelected body of peers plays.

“Some people think it’s undemocratic to have a second chamber which is not elected and appointed that still has hereditary peers who’ve been there over the centuries.” 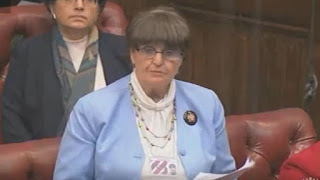 The justification for the House of Lords is to make sure it fulfils its function for what the British refer to as a refining and revising chamber.

“To try to make sure that law is good law.”

“There are people appointed to the House of Lords who could never stand for election, like the ‘law Lords’.”

“People who bring a lot of wisdom, experience, expertise, and who really scrutinise legislation as it’s going through parliament. That’s a very serious role of the House of Lords,” Caroline outlined.

The battle for academic freedom

It was the late Baroness Margaret Thatcher who recommended Caroline for her peerage.

“I’m very old, I’m 81 by the way and I was appointed way back in 1982 to the House of Lords because of the battle I’d fought for academic freedom when it was under threat in the UK.”

Caroline was referring to a period during the 1970s when there was a heavy infiltration by the hard-line Soviet-funded Communist Party, far left and further left.”

Caroline said it wasn’t the Labour Party that she had supported once upon a time.

“As head of the Department of Social Sciences, 16 of my 20 social sciences staff were Communist Party or further left. Their definition of higher education was not mine.”

“Mine is freedom to pursue the truth within the canons of academic rigor. And as a Christian to stand for love.”

‘It was rough tough stuff’

On top of that challenge, elsewhere in higher education, was academic blackmail, corruption of the intellectual process and often physical violence.

“It was rough tough stuff in the soft underbelly of higher education, social sciences, teacher education, media studies, humanitarian and other subjects such as the humanities.”

“Students got a really raw deal,” Caroline admitted, saying she wrote a book about the ‘raw deal’ with two of her colleagues.

The book, called ‘The Rape of Reason’ gained support from a very famous columnist who wrote a piece in the Times, on the day the book was due to be published.

“He claimed it to be the most important book for the future of democracy and gave it two more articles that same week.” 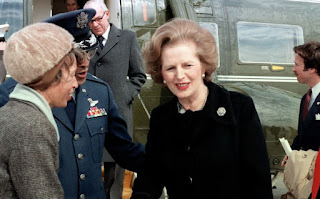 That was God’s gift to us. It got the book known, it got me known and I think that was why Margaret Thatcher got me appointed to the House of Lords, to fight for academic freedom.
So, there you have it. The recipe for a peerage and a seat in the House of Lords.

But on to today and aware of Australia’s fight for religious freedom, Baroness Caroline admits there are still challenges back in the UK although the focus has changed a little.

‘He wasn’t the least bit funny’
She spoke about a bill put forward by the former Blair Labour government.

“It would have been a criminal offence, punishable by up to six years in prison to say anything negative about Islam and saying anything positive about Christianity, because that can be seen to give offence, or to make jokes about Islam.” 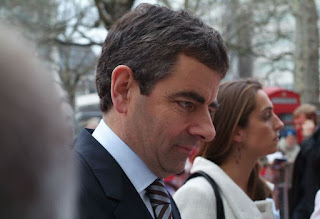 “Now that is a very serious infringement on freedom of speech. We got our act together. We had briefing sessions in the House of Lords, and Mr Bean, Rowan Atkinson came.”

He wasn’t the least bit funny. He wanted the freedom to make jokes of fundamental freedom.
“Very often in the UK, if people want to attack you about being Islamophobic they’ll add the word racist.”

“So I had a meeting with the black church leaders the Thursday before the big debate on the bill. They got the message quickly we didn’t come from Sharia lands, and they said, ‘We’ll support you.’”

The black church leaders turned up to the debate with placards saying freedom to choose and to change religion and freedom of speech.

‘They even sang Amazing Grace in the parliament’
But Caroline hadn’t thought the black leaders were going to take it so seriously so she then had to ask for permission to hold what was seen to be a demonstration.

“So I went up to a senior police officer and I said, ‘I think this has something to do with me.’”

The officer wasn’t at all impressed. But the church leaders and their supporters behaved, they even sang Amazing Grace in the parliament, and as a result of their good behaviour the officer commended Caroline saying in future she could have as many demonstrations as she liked.

“That was wonderful, I needed them. But I could also stand up in the House of Lords and say, ‘Let nobody call us racist. Look who’s demonstrating out there.”

She was referring to an unruly mob of left wing activists who were demonstrating without permission.

But as for the future, for Australia’s freedoms and the survival of Western civilisation, Baroness Caroline summed it up with some sobering words.

“We have to keep a constant watch to protect our political, cultural, and spiritual heritage.” 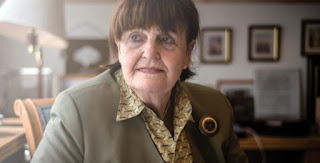 Baroness (Caroline) Cox became a Life Peer in 1982 for her contributions to education and has served as a Deputy Speaker of the House of Lords from 1985 to 2005. Lady Cox now sits in the Lords as a crossbencher and is a frequent contributor to Lords debates on Sudan, India, Nigeria, Uganda, and Burma.

Baroness Cox’s humanitarian aid work as Founder and President of HART, The Humanitarian Aid Relief Trust, has taken her on many missions to conflict zones, allowing her to obtain first-hand evidence of the human rights violations and humanitarian needs. Areas travelled include the Armenian enclave of Nagorno Karabakh; Sudan; Nigeria; Uganda; the Karen; Karenni; Shan and Chin peoples in the jungles of Burma; and communities suffering from conflict in Indonesia. She has also visited North Korea helping to promote Parliamentary initiatives and medical programmes. Additionally, Caroline has been instrumental in helping to change the former Soviet Union policies for orphaned and abandoned children from institutional to foster family care.

In recognition of her work in the international humanitarian and human rights arenas over the past twenty years, she had been awarded the Commander Cross of the Order of Merit of the Republic of Poland; the prestigious Wilberforce Award; the International Mother Teresa Award from the All India Christian Council; the Mkhitar Gosh Medal conferred by the President of the Republic of Armenia; and the anniversary medal presented by Lech Walesa, the former President of Poland, at the 25th anniversary of the Polish Solidarity Movement. Lady Cox has also been awarded an Honorary Fellowship of the Royal College of Surgeons of England and Honorary Doctorates by universities in the United Kingdom, the United States of America, the Russian Federation and Armenia.