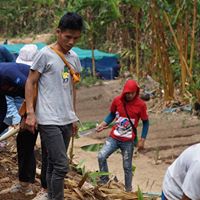 Whilst Baroness Cox carry's out her work giving a voice to the voiceless in Parliament and not just for those people in this country (England) but also in many others around the world, she is often reported on in the newspapers a lot but not enough for her charity work in my opinion. (Andrew Haigh)


HART (Humanitarian Aid Relief Trust) a charity she founded back in 2004 works mostly in areas of conflict, here Lady Cox often looks for ways to bring sustainability to those courageous organisations HART works with on the ground. Here is a latest great example of life changing innovation Caroline's organisation has recently funded, which is an amazing example of community work.

Baroness Cox a voice for the voiceless

This is a short film about the work of Baroness Cox with her charity HART. HART has now opened a HART-US which is a registered in Texas in the United States.

Watch this interview of Caroline about her christian legacy in the House of Lords
No comments: